Timo Vuorensola, director of the Finnish tongue-in-cheek sci-fi thriller Iron Sky says he’s excited about the upcoming premiere of the film in his homeland.

The film tells the story of a group of Nazis who colonised the dark side of the moon in 1945, and dream of conquering the earth in the year 2018.

With the biggest budget of any production in Finnish film history -- 7.5 million euros -- the movie has been sold in some 80 countries.

Despite favourable advance reviews from various screenings, Vuorensola said he’s on tenterhooks in advance of the domestic opening.

“The foundation has been laid after viewings in Germany, Norway and the United States, but this is the real deal,” Vuorensola admitted at a preview screening in Kajaani Tuesday afternoon.

“I think that only Finns will appreciate the small nuances of the film’s humour. I am Finnish and the humour in the movie is Finnish,” he declared.

Producer Tero Kaukomaa said that the Nazi-flavoured humour was a breakthrough even in Germany, where Finns were commended for daring to make a feature film that dealt with the sensitive subject. But for the director, the matter was a simple one.

“The Nazi humour amuses, it doesn’t deride. We’ve been able to take some of the sting and fear out of fascism,” he noted.

Halfway through the Iron Sky marathon

“We’re halfway through the marathon, we still have the launch and marketing ahead of us. The entire project almost collapsed a few times,” Vuorensola said.

He revealed that the project got its start in typical Finnish fashion.

“In 2005 when we were still filming Star Wrek, we were sitting in the sauna and at some point Jarmo Puskala just said, ‘Why not make a movie about space Nazis.’”

“We laughed at the idea, but then we looked into it and discovered a conspiracy theory that the Nazis really had moved to the moon. We knew that this would be a brilliant idea for a movie,” Vuorensola added.

Iron Sky has also been remarkable in the sense that fans of the project have been involved in funding, conceptualising and marketing the film. 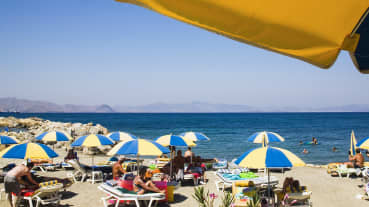 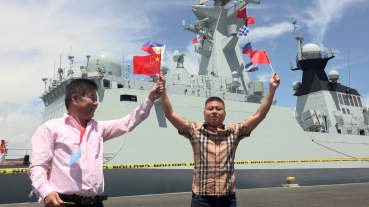