Wanted: a challenge to VW dominance

So it’s prediction time. A VW one-two, with Ogier to win. But, hey, could someone please spring a surprise?

Was it not Gary Lineker, former England striker and now a TV presenter, who described football as a simple game involving two teams of eleven and in the end Germany always wins? That’s the way the World Cup went, of course, and the WRC series is following hard on its heels. VW Motorsport has produced the best car and, in the form of Sébastien Ogier and Jari-Matti Latvala, has hired the best drivers

Rally Finland is naturally one of the events in the WRC calendar where an upset could occur. It’s super-fast, local knowledge plays a significant role and there’s a whole raft of young and youngish Finnish drivers wanting to make an impression under the gaze of the various team bosses. Saarijärvi’s Jarkko Nikara at the age of 28 will definitely be keen to finish in the top five or six; in RC3 Teemu Suninen, winner of the AKK Sports free drive in the Printsport Citroen DS3 R3T, and in RC2 Henri Haapamäki in a Citroen C2 R2, currently a very strong second in SM3, are both names to look out for.

But what of the big boys? M-Sport Ford’s Mikko Hirvonen, a past winner, certainly knows how to drive here, but podium finishes have been in very short supply of late. The WRC Fiesta is a good, reliable car but doesn’t quite cut the mustard up against the VW Polo. With a clean drive, a podium finish is probably the best Mikko can do. Citroen will be right in the mix with the likeable Norwegian Mads Östberg while GB’s Kris Meeke will undoubtedly put in some fast stage times and experience a few hairy moments – fans will remember Kris went off on the penultimate stage, Ouninpohja 2, last year.

Talented Belgian driver Thierry Neuville, second last year, has of course swopped his Ford Fiesta for a factory Hyundai i20, and the car is very much a work in progress. Neuville is ably partnered by the ever-reliable Juho Hänninen. No Dani Sordo or Jevgeni Novikov this year, but Poland’s Robert Kubica and Norway’s Andreas Mikkelsen are contenders for the minor places and another old friend, Henning Solberg, returns – this time in a Ford Fiesta RS. A big crowd-pleaser, Henning too will have an eye on a top-ten finish.

The route? Well, we’re back to a four-day event and there’s no visit to Lahti this year. Perennial favourite Ouninpohja is replaced by two passes of the shorter Kakaristo; it’s out with Killeri and in with the historic city-centre stage Harju on the Thursday and Friday nights, while Päijälä and Pihlajakoski are set to provide the thrills and spills on rally Friday.

So it’s prediction time. A VW one-two, with Ogier to win. But, hey, could someone please spring a surprise? 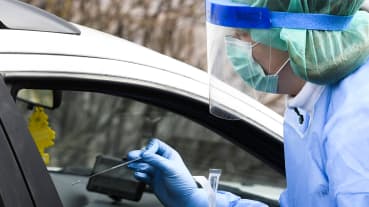